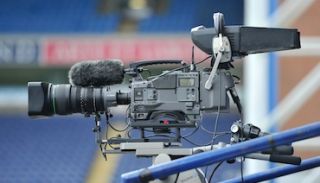 The Premier League remains the world leader in terms of the amount of revenue generated but is outperformed by Germany's Bundesliga when it comes to turning that money into profit.

The top leagues in Spain, Italy and France again made operating losses, Deloitte said in a study of club's financial results from the 2011/12 season, continuing the negative trend of the previous four years.

Those problems illustrate why UEFA, European football's governing body, has introduced rules that mean clubs must cut their losses or ultimately risk exclusion from its cross-border competitions.

Clubs in Germany, controlled by their members and tightly regulated, spend only 51 per cent of revenue on wages, compared with a ratio of 70 per cent in the English top flight where an influx of wealthy foreign owners has pushed up salaries.

Football is increasingly prized by broadcasters seeking to drive pay TV audiences, and clubs in Germany and England will start to enjoy the benefits of enhanced TV deals from August.

In Britain, former state telecoms company BT has taken a share of the domestic Premier League rights, alongside long dominant pay TV operator BSkyB, driving a 70 per cent increase in their value.

Sales of rights around the globe have inflated total TV revenues for the 20-team Premier League to an estimated 5.5 billion pounds over the next three years.

"The increased revenue from 2013/14 means that Premier League clubs are once again presented with a golden opportunity to improve cost control and hence financial performance," said Dan Jones, a partner in the Sports Business Group at Deloitte.

However, Premier League clubs have a history of blowing such cash windfalls. Overall operating margins for Premier League clubs were a slim four per cent in 2011-12, with half of the teams in the red before the impact of player trading and finance costs were taken into account.

Seeking to mend their spendthrift ways, Premier League clubs have agreed their own set of financial rules to try to prevent all the new TV money ending up lining the bank accounts of players and their agents.

"A reduction of even a few percentage points in the rate of leakage of revenue to wages could provide huge benefits," Jones added, saying some of the cash could be spent on improving stadiums and developing more young players.