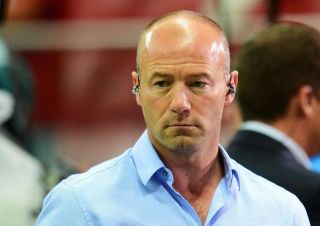 Alan Pardew's side have endured a miserable winless start to the Premier League season, having finished the previous campaign in similarly poor form.

Ahead of Saturday's visit of Leicester, Newcastle find themselves in the relegation zone with just four points from seven matches.

Former England striker Shearer - Newcastle's record goalscorer with 206 in all competitions between 1996 and 2006 - has outlined the importance of the Tyneside outfit getting three points on the board sooner rather than later.

"The most important [game] is the next one, they have to win at home against Leicester," said the 44-year-old.

"He [Pardew] knows that, the fans know that, but the players are the ones who can do something about it and they've got to do that and do it pretty soon."

Newcastle have won only one of their last 15 top-flight fixtures - that sole success coming against Cardiff City, who suffered relegation last term, in May.