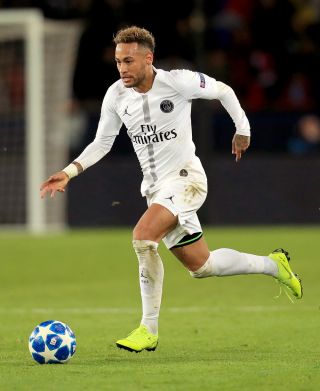 Paris St Germain sporting director Leonardo remains hopeful a deal can still be done for Neymar to leave the club before the transfer window closes.

The Brazilian, who is yet to play this season, has been repeatedly linked with a return to Spain with either former club Barcelona or Real Madrid, but his future remains unresolved.

The European window closes on September 2 and any potential deal will need to be agreed by then.

Leonardo told the club’s official website after the 2-0 win over Metz: “Our position on a potential departure of Neymar is clear, everyone knows what we want.

“We got a first written offer on 27 August and we refused it, the conditions didn’t suit us.

“There are three days until the end of the transfer window, and for the moment, there is no agreement. We’re talking a lot, with Neymar in particular.

“He’s an extraordinary player, I didn’t know him personally before I came back to Paris. He has gone through a lot of things, he’s a football star today, I like him a lot, we have a good relationship with him.”

Goalkeeper Alphonse Areola was also left out against Metz and Leonardo confirmed discussions are taking place over his departure.

He added: “Areola is in talks with another club, he didn’t want to play this evening. We respected his decision. We still don’t know if he’ll leave, everything is still possible.”

Angel Di Maria and Eric Maxim Choupo-Moting scored to send PSG to the top of Ligue 1 with the win over Metz and coach Thomas Tuchel was happy with his side’s display despite the speculation around the club’s players.

He told the club’s official website: “We controlled the game, we were serious and attentive. It was necessary to be today after a week in which a lot has happened.

“We stayed focused, the team put in a great performance, we’re happy.

“(Goalkeeper) Marcin Bulka’s debut pleased me a lot, he’s someone who has a lot of confidence in himself, he managed the pressure, and Adil (Aouchiche) also had a good game, it wasn’t easy for him, he’s very young. But I’m very satisfied.”