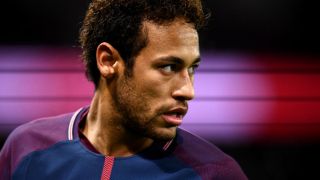 Neymar completed a stunning €222million move to PSG after the Ligue 1 club activated the Brazil star's buyout clause in August.

There was discontent among Barca fans after already watching bitter rivals Real Madrid win LaLiga and the Champions League in 2016-17 and Valverde conceded it was a tough moment for the Catalan outfit.

Ernesto Valverde gave an exclusive interview to start 2018. Hear what the coach had to say here  January 1, 2018

A thigh injury has curtailed Dembele's impact at Camp Nou, having last featured on September 16, though the 20-year-old is nearing a return as Valverde considers where to play the Frenchman.

"Any Barca player is a different player. Dembele's profile was different to anything we had," Valverde said.

"He is able to play in various positions and is very fast. We have a big squad, we've made good replacements up to now, and now he's coming back. It's great news."

Wherever Dembele plays, it will revolve around five-time Ballon d'Or winner Lionel Messi, whose 15 LaLiga goals have helped Barca to a nine-point lead atop the table.

"Messi is the best player in the entire world. He does something extraordinary with every ball he touches," the Spaniard added.

"We have the incredible good fortune to have him at our club. I can see how he faces competition and his enormous commitment to the club and the team.

"In terms of his position, playing in the middle is good both for him and for us. However, he can play well anywhere."