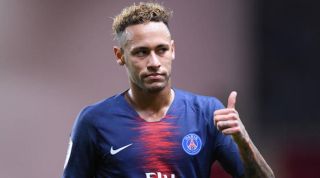 Juventus have joined Barcelona and Real Madrid in the race to sign Neymar, report AS.

The two La Liga clubs have been tracking the Brazil international, who is keen to leave the Parc des Princes this summer, for several weeks.

However, Juve have now emerged as serious contenders for the forward's signature.

The Serie A champions have opened talks with PSG about acquiring Neymar before the European transfer deadline of September 2.

And Juventus are prepared to include Paulo Dybala as part of the deal, a proposal which could prove appealing to the French side.

As well as the Argentine attacker, the Bianconeri will offer €100m for Neymar, who moved to PSG from Barcelona for a world-record fee of €222m in 2017.