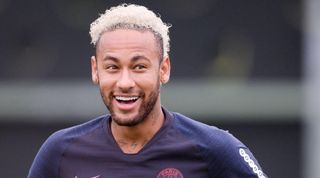 Neymar was so keen to leave PSG for Barcelona this summer that he offered to help finance the deal.

The Brazil international will not be leaving the Parc des Princes ahead of the European transfer deadline on Monday.

Barcelona and Real Madrid were both heavily linked with the forward, but neither was able to meet PSG's asking price.

The French giants refused to lower their demands despite Neymar's desire to leave the club he joined for a world-record fee of £198m in 2017.

And according to Sky Sports, the Brazilian was so desperate to re-join Barcelona that he offered to contribute £17.7m towards the deal.

However, despite failing to secure a return to La Liga, Neymar is said to be committed to PSG for the season ahead.