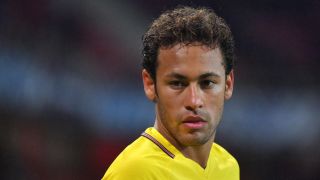 Neymar feels he is facing the most difficult time of his career as the Brazil star battles to prove his fitness before the World Cup.

The 26-year-old has returned to training at Paris Saint-Germain after surgery on a broken metatarsal suffered at the end of February.

He was named in Tite's squad for Russia 2018 as expected this week and all eyes will be on Brazil's first pre-World Cup friendly against Croatia on June 3.

"This is a difficult time, one of the most difficult that I have faced," Neymar told Jornal Nacional.

Neymar stated these anxieties played a part in him spending the majority of his rehabilitation surrounded by family and friends in Brazil.

He said: "Everyone was always cheery and it became the norm. This made me happy and helped me with the day-to-day work and the stress.

"Millions of things go through my head. I'm scared."

Brazil begin their Group E campaign against Switzerland on June 17 and will also take on Costa Rica and Serbia in the round-robin phase.