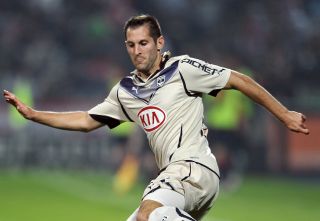 The 27-year-old recently had a trial at Serie A side Livorno but decided against a move to Italy.

Marange, who has enjoyed loan spells at French clubs Nancy and Le Havre, has reportedly turned down offers from a host of suitors across Europe.

And it now appears as though the Premier League newcomers will be his destination of choice.

"I went there (Livorno), I met with their leaders," he is quoted as saying by L'Equipe.

"The project was interesting, it was playing 3-5-2, a formation I like. But after thinking, I chose Crystal Palace.

"I also had some contact with Brugge and Dynamo Moscow. I refused some proposals.

"Just ask any player where he dreams of signing and he will tell you the Premier League. This really is the best championship in the world."