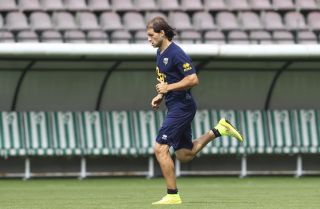 The Italy international has been troubled by an injury that has restricted him to only one Serie A appearance this season.

Paletta was receiving treatment in an attempt to rectify the problem, but the decision was made for the 28-year-old former Boca Juniors man to go under the knife.

Parma revealed that the operation was a success, but have not stated how long the centre-back will be sidelined.

A statement on the club's official website said: "Parma FC announced that Gabriel Paletta was made this morning at the clinic Casa di Cura La Madonnina in Milan.

"The back surgery was performed by Professor Maurizio Fornari and is perfectly managed."

Parma travel to Udinese in Serie A on Monday.