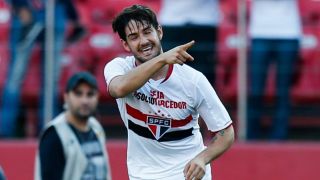 Alexandre Pato's agent has fuelled speculation linking the Corinthians forward with a move to the Premier League, by claiming Liverpool and Chelsea are in with a shout of signing the Brazilian.

Pato, 26, has been heavily linked with a move to Stamford Bridge in recent days – with reports suggesting that personal terms have been agreed – but Gilmar Veloz has seemingly left the door open for Liverpool to make a late intervention.

Veloz revealed that the two English teams are among four sides chasing the striker.

"The January market is very limited," he told UOL Esporte.

"Chelsea, Liverpool, Sporting and Benfica. All four have a chance."

Previously, Liverpool manager Jurgen Klopp distanced himself from stories suggesting he was interested in luring Pato to Anfield.

"My private advice to you is don't follow the Pato path any longer," he told a media conference last week.