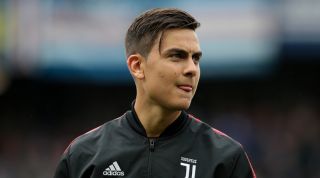 The Ligue 1 champions put in an abject performance as they fell to a shock 2-1 defeat away to Rennes on Sunday night.

According to the Daily Mail, sporting director Leonardo will accelerate his efforts to sign the Argentina international this week.

The Brazilian will meet Dybala’s agent Jorge Antun for talks as PSG look to get a deal across the line by midweek, but Juve could complicate negotiations with their demands of €100 million.

The Italian club are keen to find a buyer for the 25-year-old, to raise the funds they need to launch a bid for Inter Milan outcast Mauro Icardi before the Serie A transfer deadline on September 2.