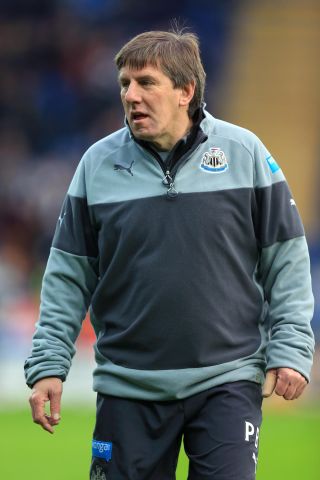 Former England and Newcastle forward Peter Beardsley has been suspended from all football-related activity after being found guilty of making racist comments by an independent regulatory commission.

The 58-year-old, who denied the allegations, left his role as the Magpies’ Under-23s coach earlier this year after an internal investigation and has now been banned from the game by the Football Association for 32 weeks until April next year.

An FA statement read: “An independent Regulatory Commission has suspended Peter Beardsley from all football and football-related activity for a period of 32 weeks until 29 April 2020.”

The statement continued: “The Football Association [The FA] charged Mr Beardsley with three breaches of FA Rule E3 following the conclusion of initial disciplinary proceedings by Newcastle United FC into allegations of misconduct.

“The FA alleged that Mr Beardsley used abusive and/or insulting words, which were contrary to FA Rule E3(1) and constituted an “Aggravated Breach” under FA Rule E3(2) due to reference of ethnic origin and/or colour and/or race and/or nationality, while employed as a coach of the club’s Under-23s team.

“All three breaches of FA Rule E3 were denied but subsequently found proven based upon the results and findings of Newcastle United FC’s disciplinary proceedings.

“Mr Beardsley has also been ordered to complete a face-to-face education course.”