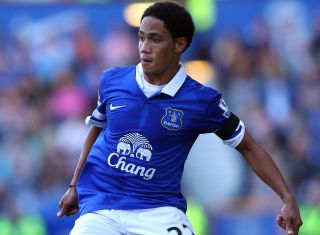 The South African picked up the injury in the week leading up to Everton's 1-0 win over Chelsea, and failed to prove himself sufficiently fit to take a place on the bench.

But, while Pienaar remains a doubt for the Merseyside club's next match against West Ham United, Arouna Kone's chances of featuring appear greater.

Martinez told Everton's official website: "I think Steven Pienaar is going to be a little bit longer - it's a grade one soft tissue problem. But Arouna Kone shouldn't be too long."

With injuries forcing Martinez to shuffle his squad early in the season, the Spaniard underlined the importance of having good depth.

"Creating that competition is going to be vital for us to be competitive across the season and I couldn't be happier that we had two influential players missing today and we had other players come in and perform and give their all for the team."