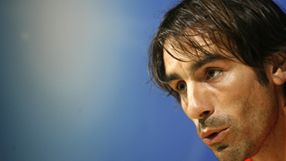 The 37-year-old, who was a free agent, had been training with his former club Arsenal having been released by Spanish club Villarreal earlier in the year.

Pires, who won two Premier League titles during a six-year spell with Arsenal and has winners medals from France's successes at the 1998 World Cup and Euro 2000, will join up with Villa's French manager Gerard Houllier.

"I am very happy to join Aston Villa because it's a big club in England," Pires said on the club website.

"I am also thrilled to have the chance of working with Gerard Houllier. I know him.

"Now this move represents a new opportunity and a new challenge for me. I am very happy to start."

Pires, who could make his debut against Blackburn Rovers on Sunday, will add experience to Villa's squad which has been depleted this month by injuries to Stiliyan Petrov, Nigel Reo-Coker, Steve Sidwell, John Carew and Emile Heskey.

"For all the younger players - what a tremendous addition," assistant manager Gary McAllister said.

"The younger players can only learn from watching a guy like Robert on the training field."