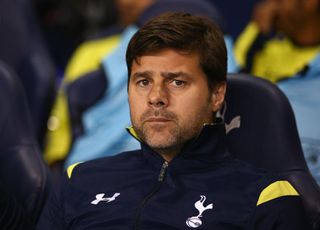 "At the beginning it was an open match, we scored in the first half and tried to manage the game," Pochettino told the club's website.

"We had opportunities to score the second goal but we need to recognise they had chances as well.

"Hugo made two or three big saves and their goalkeeper saved two. We were disappointed to concede the penalty because we all believed it was going to be three points for us.

"We need to look forward now and try to get three points against Asteras."