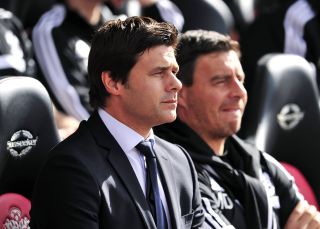 The Argentinian has seen his team get off to a sensational start to the new campaign, with a 1-1 draw against Manchester United last weekend leaving them in sixth place in the table.

While Martin Jol's side have collected just 10 points from their opening eight games, they have now won two top-flight matches in a row after Monday's 4-1 success over Crystal Palace, and Pochettino is anticipating a difficult fixture at St Mary's.

"Fulham are a very good side with very talented players. Their position in the league is not reflective of how they are doing," he said.

"We know they will make things tough for us, so we'll have to work hard to get a positive result from this game."

Pochettino went on to say his players are in fine shape themselves after taking a point from their trip to the champions last time out.

"The atmosphere is very calm. The players are very relaxed after a positive result at Old Trafford," he added.

"I'm very proud of the players' performances. They are the protagonists in this team."