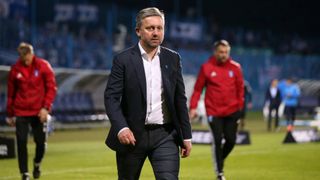 Poland have appointed former international Jerzy Brzeczek as their new head coach in the wake of a disappointing World Cup campaign.

The 47-year-old leaves his post with Wisla Plock to succeed Adam Nawalka, who ended a five-year stint at the helm after Poland finished bottom of Group H in Russia.

Brzeczek has extensive experience within the national team setup having won 42 caps during a playing career that included stints at Lech Poznan, Maccabi Haifa and Sturm Graz.

He took his first steps into management with Rakow Czestochowa in 2010 and later took charge of Lechia Gdansk and GKS Katowice.

The former midfielder guided Plock to fifth in the Ekstraklasa in his only season at the helm.