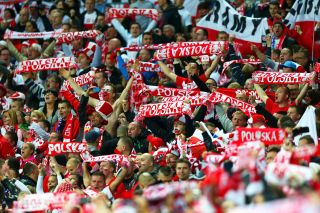 The 56-year-old replaces Waldemar Fornalik, who was sacked following Poland's failure to qualify for the 2014 FIFA World Cup.

Nawalka earned 35 caps for Poland and played at the 1978 World Cup.

He currently coaches Gornik Zabrze, who top the Ekstraklasa, and will continue in his club role before starting work as Poland coach on November 1.

A statement on the website of the Polish Football Federation (PZPN) read: "The objective for the new coach is clear: to qualify for the Euro 2016 finals in France."

They co-hosted the 2012 European Championship and also reached the 2008 finals in Austria and Switzerland, but have not made it to a World Cup since 2006.