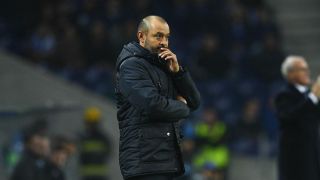 The 27-time Portuguese champions confirmed the news in a brief statement on their official website on Monday.

He improved upon their third-place finish from 2015-16, but Porto were still unable to prevent rivals Benfica claiming a third consecutive Primeira Liga title.

Porto finished six points off the pace in second, having faltered in the home stretch with a run of five draws and three wins before a 3-1 final-day loss at Moreirense.

Nuno led Porto to the last 16 of the Champions League, where they were knocked out by finalists Juventus.