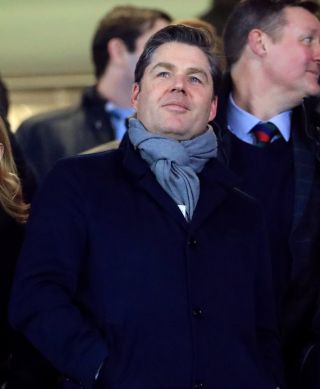 Premier League chief executive Richard Masters has broken his silence on Newcastle’s stalled takeover to confirm that the buyers declined an offer of independent arbitration.

A consortium comprising Saudi Arabia’s Public Investment Fund, the Reuben Brothers and Amanda Staveley’s PCP Capital partners withdrew its £340million offer for the club last month after waiting in vain for permission from the governing body to complete a deal which was presented to it 17 weeks ago.

However, in a letter to Newcastle Central MP Chi Onwurah, Masters confirmed that an impasse had been reached as the league sought assurances over who would be in control of the club under its owners’ and directors’ test, and that an offer of arbitration had not been taken up.

“In this matter, the consortium disagreed with the Premier League’s determination that one entity would fall within the criteria requiring the provision of this information.

“The Premier League recognised this dispute, and offered the consortium the ability to have the matter determined by an independent arbitral tribunal if it wished to challenge the conclusion of the Board.

“The consortium chose not to take up that offer, but nor did it procure the provision of the additional information. Later, it (or PIF specifically) voluntarily withdrew from the process.”

There was no official response from the prospective buyers, but a source close to the deal branded Masters’ claim “disingenuous”, insisting that arbitration was impossible in the absence of a decision to contest.

For fans desperate to see current owner Mike Ashley’s 13-year-plus reign at St James’ Park end, the news came as a huge blow and sparked a furious response, with a petition demanding transparency from the Premier League attracting around 108,000 signatures.

In addition, a growing number of MPs have backed calls for clarity over a proposed sale which has also raised concerns over Saudi Arabia’s human rights record amid accusations of “sportswashing”, and alleged TV piracy.

However Masters, who has found himself in the firing line in recent weeks, insisted that the piracy issue had not prompted the consortium’s withdrawal.

He said: “Broadcast revenues are the principal source of income for a majority of our clubs, including Newcastle United. As noted above, the PIF announced its withdrawal from the process before the Board was required to come to any conclusions on this aspect of the Test.”

In addition, Masters dismissed suggestions that rival Premier League clubs had caused the takeover to collapse.

He said: “The owners’ and directors’ test is delegated to and carried out entirely by the Premier League Board. Other member clubs have no role whatsoever in the approval process.”

Welcoming the league’s response, Onwurah insisted that there were further questions to answer.

Pleased to have received a response from @premierleague to my questions on #nufctakeover. It acknowledges importance of fans & provides some new info but not the reassurance or transparency I know fans want #NUFChttps://t.co/3n0eOd1btE— Chi Onwurah (@ChiOnwurah) August 14, 2020

She told the PA news agency: “I appreciate the response of the Premier League and think it shows some respect for fans who have campaigned so hard for answers. I am pleased they recognise the importance of football to fans.

“However, it doesn’t really provide the transparency or assurances fans are seeking. We are still not clear what the concerns were.

“And it says the media were not briefed. When certain media seemed to know far more about the takeover than fans, it suggests a leaky process for those in the know.”

Masters’ comments are unlikely to placate supporters who continue to hope the deal can be revived, with both Ashley and the Staveley camp having made positive noises on that front in recent days. Rival interest from American Henry Mauriss has so far failed to yield anything concrete.

However, with the new season just weeks away and a truncated summer transfer window already open, head coach Steve Bruce and his players remain in limbo on and off the pitch.