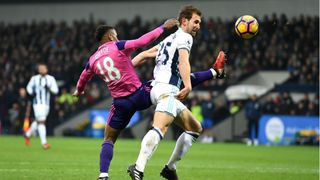 England striker Defoe is reportedly free to leave the Stadium of Light after their relegation from the Premier League triggered a clause in his contract.

The 34-year-old has looked as sharp as ever despite the Black Cats' struggles this season, scoring 14 league goals and finding the net on his return to the national fold after four years without an England cap.

Bournemouth manager Eddie Howe was quick to register the Cherries' interest in Defoe, while West Ham have also been linked with a move for the former Hammer.

"We've got our fingers in the pie on quite a few players and we'll see how we go on those players. If Jermain's one of them, we'll be pushing on that one if we can."

The Baggies are safely ensconced in eighth place in the Premier League, though their goal tally of 39 is the lowest in the top half, with Pulis short on attacking options after Saido Berahino's outcasting and January departure left just Hal Robson-Kanu and Salomon Rondon as senior strikers.

Pulis added: "When Saido left we had Robson-Kanu and Salomon, a free transfer and a player that's only spent one season in the Premier League, so we knew that was an area we had to improve.

"There was no-one there at the time that we could get in. And I don't want to waste people's money by spending a lot of money on just a back-up. We have to try and bring players in who are going to improve the first XI and keep the club improving that way.

"That's the way I've always thought about it, that's the way I try to approach it. That will certainly be one of the areas we're trying to improve."