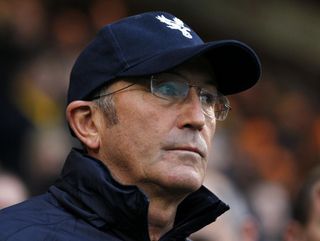 The 55-year-old took charge of his first Palace fixture on Saturday, a 1-0 defeat at Norwich City.

Although Pulis saw promise in his new club's display, he is eager to bolster a squad that has lost 10 out of 13 Premier League games this season.

"I thought we did really well. Norwich were the better team for the first 20 minutes and I'm really disappointed we didn't get the breaks," the former Stoke boss told BBC Sport.

"I've only had a week with the lads and they have bought into what we're trying to do.

"You need a bit of quality and you need the Premier League experience, especially when you are on top for so long in the second half.

"We will try and make one or two changes if we can in the window. We need someone who can turn the tide."