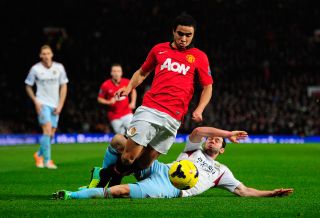 The 23-year-old defenders have failed to establish themselves as first-team regulars under both Alex Ferguson and David Moyes since arriving at Old Trafford in 2008.

While Rafael has featured far more often than his brother, manager Moyes is reportedly happy to let them both leave the club.

Fabio was sent to QPR on loan last season and is the subject of transfer rumours linking him with a switch to Cardiff City in the January transfer window, but the agent for both players, Cassiano Pereira, said no moves will happen until the season's end.

"I do not know anything about these (Cardiff) rumours," Pereira told Calciomercato.

"I think that is just media speculation.

"At the moment I can say that they will remain in Manchester until the end of the season, but in summer (end of season) it is very likely that they can go."