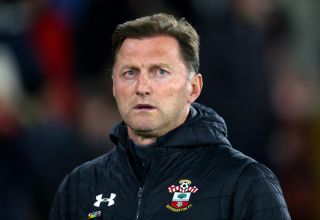 Southampton manager Ralph Hasenhuttl wants his side to learn from their defeat to Wolves ahead of the trip to Crystal Palace.

Saints had gone five matches without defeat in the Premier League, moving clear of the relegation zone in the process, before Wolves overturned a two-goal deficit to secure a 3-2 comeback victory on Saturday.

Hasenhuttl told a press conference broadcast by the club website: “I think the message in the future must be, no matter if you are two down or two up, we always stick on our game plan and we play like we play and we can also press in the 90th minute, and we did against Leicester.

“This was something, we got hurt. It was a hit that was really hurting but in the end I think it can help us also to learn from this and know that when you want to be a top-10 team then these are the games you have to win.”

Southampton travel to Palace on Tuesday before hosting Tottenham in the FA Cup fourth round on Saturday, and Hasenhuttl expects a difficult week.

“They are the team with nearly less ball possession at home, we know they are defending really well and they give a little bit more pressure at home a little bit earlier but in the end, still waiting for the counter-attack.

Hasenhuttl is expected to be without Jan Bednarek, who has played 26 times this season, after the defender sustained an Achilles injury.