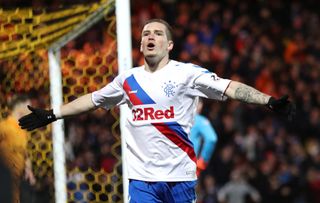 Rangers and Celtic finally got their men as Ryan Kent and Greg Taylor completed moves to Glasgow in the final hours of the Scottish transfer window.

Rangers announced the return of Kent just after midnight after completing their biggest piece of summer business.

Manager Steven Gerrard had claimed any deadline-day arrivals would have to come “out of the blue” after he wrote off the chances of bringing back Kent days earlier.

But Rangers are understood to have agreed to pay Liverpool a guaranteed £6.5million fee to sign the 22-year-old winger after failing to persuade the European champions to sanction a second season on loan. Another £1million will be due for add-ons and Liverpool negotiated a 20 per cent sell-on clause.

Liverpool rejected bids of about £5million from Leeds and Krasnodar last month and there was further interest from France and Belgium, with Rangers stepping in after Club Brugge made a firm move for the PFA Scotland young player of the year.

The Ibrox club also offloaded four players who were out of the first-team picture. Jake Hastie joined Rotherham and Jason Holt moved to St Johnstone, both on season-long loans, while Graham Dorrans and Joe Dodoo agreed deals to terminate their contracts.

Scotland left-back Taylor signed a four-year contract after a “whirlwind” day which saw him get the nod at 5pm to leave the Scotland camp after Celtic reached a deal with Kilmarnock for the 21-year-old.

Kilmarnock made their fans wait until the final 45 minutes before announcing any signings after a slow transfer window.

After the departures of Taylor and Kirk Broadfoot earlier in the day, they also loaned Greg Kiltie to Dunfermline for the season. But they brought in much-needed reinforcements with the loan captures of Dundee United striker Osman Sow, Venezia and Scotland Under-21 forward Harvey St Clair, and Wolves defender Connor Johnson.

Motherwell also made a loan signing from Posh with former Kilmarnock and Dundee midfielder Mark O’Hara moving to Fir Park for the campaign.

Scots on the move in England included former Rangers and Hibernian striker Jason Cummings, who moved from Nottingham Forest to Shrewsbury for an undisclosed fee, and former Hamilton midfielder Ali Crawford, who signed for Bolton from Doncaster.