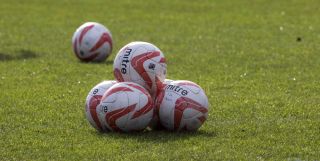 Tajikistan started a new season on Saturday despite the global coronavirus pandemic as Istiklol Dushanbe retained the Super Cup with a 2-1 victory over Khujand.

The Covid-19 crisis has led to a total shutdown of football in all but a handful of countries, with Tajikstan following in the footsteps of Belarus, Burundi and Nicaragua.

The landlocked Asian country has so far not had any official cases of the virus but took the precaution of holding its traditional curtain-raiser to the new campaign between Istiklol and Khujand behind closed doors.

Istiklol, who won the domestic league and cup last term, fell behind in a rerun of last year’s Super Cup fixture when Uzbekistan midfielder Sanjar Rixsiboev poked home as early as the second minute.

Khujand defended stoutly as Istiklol gradually got on top before two goals in as many minutes turned the contest on its head.

First, Manuchekhr Dzhalilov struck after Khujand had failed to clear their lines from a ball into the area in the 77th minute and moments later fellow Tajikistan international Muhammadjon Rakhimov, who came off the bench just before the hour, expertly controlled before rifling into the net.