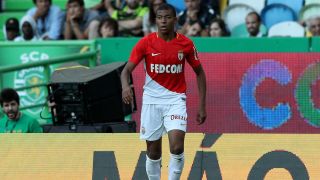 The Monaco star has been heavily linked with a number of major European clubs in recent months and Madrid are widely reported to be among the favourites to win the race to sign him.

The Spanish and European champions are said to be keen on bolstering their attacking options after selling Alvaro Morata to Chelsea and Mariano Diaz to Lyon.

And Aulas claimed he has been given suggestions by Madrid counterpart Florentino Perez that a raid for a one of Ligue 1's top talents is imminent.

"I spoke with Florentino and I believe he has the intention of signing a top-level striker," Aulas told RMC.

"I believe he is French."

Madrid boss Zinedine Zidane denied this week he has asked for a forward to be signed but admitted that "anything can happen" until the transfer window closes next month.

Mbappe has offered no guarantees over his future but Monaco head coach Leonardo Jardim has made it clear the club want to keep him.

The Ligue 1 champions have also threatened to get FIFA involved after accusing unnamed clubs of making unauthorised approaches for the player.