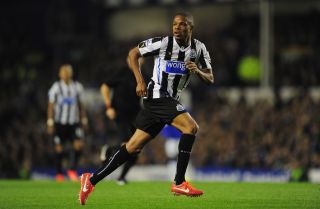 The French striker almost made the move to St James' Park in the January transfer window but instead opted for a move to the London outfit.

But following the club's relegation to the Championship he made the switch to Alan Pardew's side on a season-long loan.

And he has proved a success at Newcastle, scoring five goals in as many Premier League appearances.

That return has prompted calls for Pardew to make the move permanent, but Redknapp admitted he does not know what the striker's situation is.

"I don't know whether there's a fee agreed or not.

"He's certainly playing well for them. I said last season that he's a 10 to 15-goal a season man."