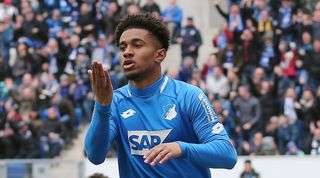 Arsenal are set to make a decision on Reiss Nelson's short-term future amid interest in a season-long loan from Hertha Berlin.

According to The Sun, the German capital club want to retain the London-born forward's services for another campaign.

Nelson scored seven goals in 25 appearances in all competitions for Hoffenheim in 2018/19.

However, Unai Emery may opt to keep the 19-year-old at the Emirates Stadium as a member of his first-team squad.

Arsenal's pursuit of Wilfried Zaha has proved difficult, with Crystal Palace holding firm on their £80m valuation of the winger.

That could leave space for Nelson to assume a back-up role, but Emery may conclude that he would be better served playing regular minutes in a top league.

7 intriguing transfers that have gone under the radar this summer