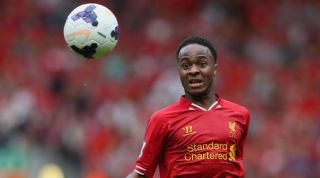 The 19-year-old is set to be given an improved deal despite having a contract with the Premier League club until mid-2018.

Rodgers said he was wary of overpaying the teenager, wanting to ensure he could keep Sterling motivated.

"It will be something that's done, but we need to be careful," the Northern Irishman said.

"Raheem is a kid who has propelled himself on to another level. He got rewarded for that, and that will always be the case here.

"But we have to be careful because when you reward young players too quickly, that will be their downfall."

Rodgers believes young players in Britain earn too much too early and lose their motivation and hunger.

"It's a big problem with British players. Why? Because the reward is no longer there, they lose their hunger," he said.