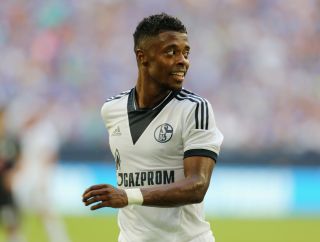 Bastos, 30, moves to the Italian capital club following after just five months with Al Ain, who he joined in August after Bundesliga side Schalke elected not to sign the Brazilian to a permanent deal following a loan spell at the Veltins Arena.

And the ex-Feyenoord and Lyon man will hope to resurrect his career in Serie A as he reunites with former coach Rudi Garcia.

Garcia worked with Bastos during the winger's three-year spell with Ligue 1 side Lille between 2006 and 2009, Bastos electing to leave for Lyon prior to his former club's 2010-11 title-winning campaign.

Still, Bastos produced one of his finest seasons in the sole campaign he played under Garcia in 2008-09, finding the net 16 times in 41 appearances.

Bastos, who can also operate at full-back becomes Roma's second signing of the January transfer window after Radja Nainggolan joined on loan from Cagliari with a view to a permanent transfer.

A statement from Roma read: "AS Roma announces that it has reached an agreement with Al Ain for the acquisition of the rights of Michel Bastos on a temporary basis for the remainder of the season in progress, for a fee of €1.1 million.

"The agreement provides an option to acquire the player outright from the 2014-15 season, for a fee of €3.5m."

Bastos made 18 appearances in his time with Al Ain, scoring five goals.