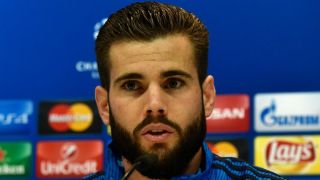 Roma will face a battle to secure the signing of centre-back Nacho from Real Madrid, the player's agent has said.

The 26-year-old has been linked with a move away from the Santiago Bernabeu after making just 17 starts in LaLiga in the past two seasons.

Villarreal were rumoured to be considering a bid but reports in Italy during the past week have claimed Roma have firmed up their interest in the Spain international.

Nacho's agent, Jose Segui, has confirmed Luciano Spalletti's side are one of a number of Italian teams to have made an approach, but he claims Madrid have not yet made a decision on the future of the defender.

"I can confirm with certainty that Roma and other Italian teams have made a move for Nacho, and have shown great interest in the last few days," he told Tuttomercatoweb.

"But it's not a simple operation to complete. Real Madrid hold Nacho in great esteem. They brought him up from their youth system to the senior squad and they still consider him an important element for their back-line.

"Whoever wants him will have to break the resistance of the Merengues, who still haven't made up their minds on Nacho's future."