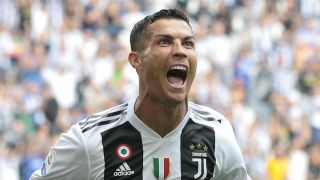 Cristiano Ronaldo will make his Champions League debut for Juventus after being named in Massimiliano Allegri's side for the Group H visit to Valencia.

The 33-year-old is the competition's highest scorer with 120 goals and will be looking to open his European account for his new club after netting his first goals against Sassuolo at the weekend.

The former Real Madrid man lines up alongside Mario Mandzukic and Federico Bernardeschi in attack, while Leonardo Bonucci makes his first European appearance since returning to the club following his one-year spell with AC Milan.

Juventus have won just one of their last six games against Spanish teams in European competition and will be looking for Ronaldo to make an immediate impact on his return to the country where he played for nine years with Madrid.