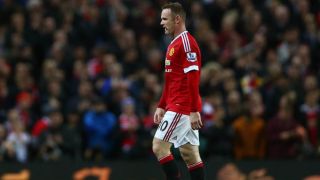 Rooney's ability to produce at the highest level has been questioned this season amid his measly return of just two Premier League goals in 11 matches.

The England skipper has scored four goals in five European matches this term but he has looked a shadow of his former self under manager Louis van Gaal.

Xavi, however, believes the 30-year-old will get back on track, pointing to ex-Barca team-mate Andres Iniesta as an example.

"People were critical of him; they said he wasn't the same player. What happened in the Champions League final, the biggest game? He was fantastic.

"But if you score an important goal then your confidence can soar. Confidence is the greatest variable in life, not just in football.

"[Rooney] scored an important goal [against CSKA Moscow]. He'll be back."