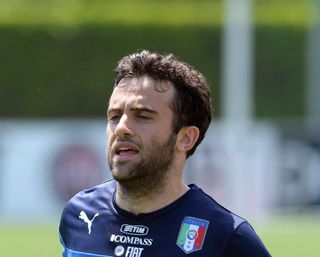 Rossi has suffered with a string of knee issues in his career, twice tearing the anterior cruciate ligament in his right knee, and a similar problem caused him to miss four months of last season.

Concern was raised again when the former Villarreal man was struck with another knee injury in Fiorentina training on Monday.

However, the Serie A club revealed in a statement that tests had shown no serious damage, but that Rossi would be out for at least a week.

"The tests done have excluded any muscle injuries in his thigh," it read. "However, the exams did reveal signs of excessive pressure being put on his right knee.

"The player will rest and receive appropriate treatment for at least seven days before undergoing further tests."

Fiorentina get their league campaign underway at Roma on August 30.