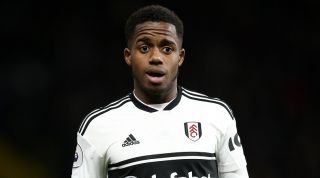 Spurs are long-term admirers of the London-born teenager, who does not turn 20 until May 2020.

However, PSG, Juventus and Borussia Dortmund are also interested in Sessegnon and could submit their own bids this summer.

The England Under-21 international has had an up-and-down campaign in the Premier League, but he has still scored two goals and provided six assists for a struggling side.

He is out of contract in a little over a year’s time and has not yet shown any signs that he is willing to extend his stay at Craven Cottage.

Spurs are therefore among the clubs hoping to land him for a cut-price fee this summer, with Fulham expecting to receiving offers in the region of £25m.

Sessegnon would prefer to stay in England rather than move abroad, which puts the north Londoners at the front of the queue to sign him.

Tottenham, who were beaten 1-0 by Ajax in the first leg of their Champions League semi-final on Tuesday, face Bournemouth in the Premier League this weekend.