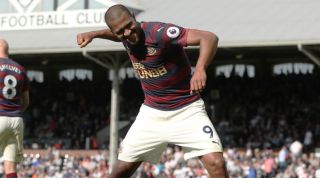 According to the Mail, Newcastle could be set to miss out on making a deal for loanee Rondon permanent.

Wolves have reportedly opened talks with West Brom as they look to add depth to their striking department.

Newcastle, on the other hand, are at the mercy of Mike Ashley and Rafa Benitez, who are believed to be meeting soon to discuss the Spaniard's future.

Rondon scored 11 goals and assisted a further 7 whilst on loan at Newcastle last season.

The Venezualan has a £16.5m buy-out clause in his contract.

The Greatest Goal I Ever Saw… Alex Revell vs Leyton Orient, 2014