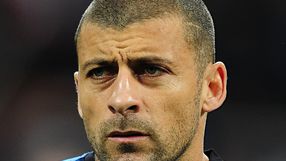 "In the coming days reconstructive surgery will be planned," an Inter statement said.

Samuel, the latest in a string of Inter players to be injured, went down in severe pain after landing on a straightened leg in Saturday's 1-1 Serie A home draw with Brescia.

The defender was out for almost a year after suffering a similar injury in 2007.

Since coming back Samuel has formed a fearsome central defensive partnership with Lucio which was key to Inter winning the Champions League, Serie A and Italian Cup last term.

Ivan Cordoba looks set to deputise for Samuel in the short term with Marco Materazzi and Cristian Chivu the other options at centre-back, unless Inter decide to buy in January.

Right-back Maicon also went off injured against Brescia and tests have shown the Brazilian has strained a thigh muscle, meaning he could be out for some weeks.

Last term's treble winners were without five injured midfielders against Brescia and the latest news comes as a big blow to new coach Rafael Benitez, who has rejected criticism that his training methods may be to blame for all the injuries.