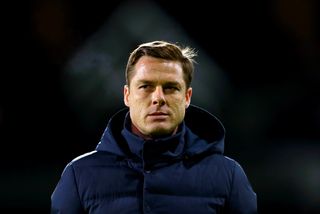 Parker’s side appeared set for frustration until Onomah finally broke the deadlock in the fifth minute of added time.

And after seeing his side move to within four points of second-placed West Brom, the manager has no doubt they are still in the hunt for an automatic promotion spot.

Parker said: “A sense of relief, as the game goes on, you miss some big chances, and the keeper pulls off an amazing double save.

“You start wondering if it is not your day. It was tough. We came up against a team who came here to play for a draw. At times the game was played in their half.

“It’s a massive win for us, the way things have panned out in terms of lockdown, the games we have left.

“I think there will be many twists and turns. Our main focus is to win games. We have some tough games coming up.

“Whether you play someone at the top end or mid-table, they will be very big games.

“We need to plan and prepare to win them. We want to get on a good run. That’s two back-to-back wins. We will keep winning.”

Parker praised Onomah’s contribution after stepping off the bench midway through the second half to hit the winner after Fulham had struggled to make up for the absence of suspended leading scorer Aleksandar Mitrovic.

He added: “Josh has been fantastic since he came in. I have worked with him for large parts. I know the quality he has.

“If you take out a player with 23 goals, then the threat he possesses, it will only be hard. Fair play to my team.

“In Mitro’s absence, we found a different way. We had to alter and change things and still be an attacking threat.”

Pep Clotet was convinced his side deserved something from the game and admitted the manner of defeat was hard to take.

The Birmingham manager rued his side’s failure to make more of their first-half chances – Jude Bellingham headed against the bar and slipped when given a sight of goal – and believed they could have had a penalty for a first-half handball.

“I’m devastated,” he said. “Devastated for the players, for the club and for the fans.

“I thought the result was completely unfair. We had the most chances. We had two good chances in the first half and possibly a penalty. If we had scored those chances it would have been a completely different games.

“It’s unfair but that happens. We deserve a point and could have had three.

“Unfortunately we lost the point we worked so hard to get. But I am pretty sure the performances will get better.

“I am not looking over my shoulder. We want to finish as high as possible.”

He added: “I think we are possibly not being even when it comes to penalties. We must understand the referee is doing his work and I totally respect him that he came and said he didn’t see it.”