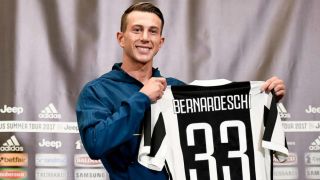 Lega Calcio has announced changes to the Italian transfer window that will bring the deadline forward to August 18 starting with the 2018-19 campaign.

The Serie A off-season window has traditionally, as is the case across most of Europe, finished on the last day of August, when the campaign is already under way.

But, following the example of the Premier League, Italian authorities have opted to bring the deadline forward, forcing clubs to do all of their transfer activity before the season starts.

He also announced the mid-season window is "expected" to be changed so it closes on January 19, rather than at the end of the month.

"In terms of the transfer market, we've made important alterations. The summer window will close on August 18, 24 hours prior to the start of the Serie A season.

"And the same goes for the January window – it's expected that will close on January 19."