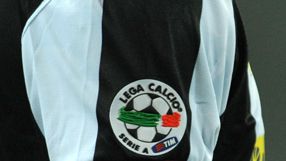 Napoli president Aurelio de Laurentiis said the decision was taken despite opposition from his club and Turin giants Juventus.

"Only we and Juventus voted against. Our (TV) rights are worth much more," de Laurentiis was quoted as saying on La Gazzetta dello Sport's website.

"Unfortunately, a little egg today was preferred to a goose with a golden egg, which could have been today too, not tomorrow."

The Serie A highlights package and radio rights in Italy have been sold to state broadcaster Rai for 28.5 million euros for the 2010/11 season and 30 million for 2011/12.

The league said it would contest a Milan court decision to stop it assigning the live satellite broadcasting rights for the 2010/11 and 2011/12 seasons to Sky while an appeal against this move by a small network is considered.

MP & Silva has TV rights for a variety of football competitions and its clients include the BBC, ESPN and Eurosport, according to its website.