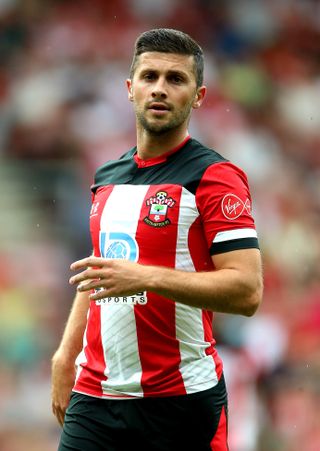 Shane Long is excited to be part of Southampton’s future after agreeing a new two-year deal with the club.

The Republic of Ireland striker, who signed from Hull in 2014, was coming to the end of his existing contract but will now remain until the end of the 2021-22 campaign.

Long, 33, has scored three times this term and is confident there are good times ahead at St Mary’s.

“I love the way the club is run, I love what the club stands for and I’m excited about what the club will do over the next couple of years,” he said.

“I can see the club pushing up the league, back to where we all want to be, and I want to be part of that. I’m just delighted to get it done.”

Manager Ralph Hasenhuttl, who penned a four-year extension this week, was pleased to come to an agreement with a player who has turned out on more than 200 occasions for the Saints.

“Shane is an outstanding professional. He has been an important player for me and I know also for the managers before me,” said Hasenhuttl.

“He has scored some big goals for us and helped to create many more for his teammates too. I think that is one of his top qualities. He is a great team player, and someone who has a positive impact on the group as a whole when he plays.

“He is also a player who sets the right example for our youngsters to follow in how he conducts himself on and off the pitch, so this is good news for us that we will have him as part of the squad for another two years.”