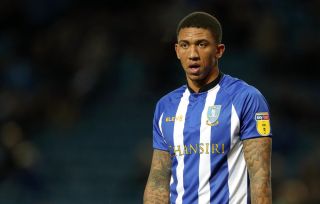 The 27-year-old was a Scotland Under-19 international and won eight under-21 caps and has been rewarded for a regular run of starts under Steve Bruce with the Sky Bet Championship team.

Palmer will be named in Alex McLeish’s squad for this month’s European Championship qualifiers against Kazakhstan and San Marino when it is announced at noon on Tuesday.

Palmer was born in Worksop and qualifies for Scotland through his late grandmother, who was from Carluke in South Lanarkshire. He has made more than 200 appearances for Wednesday.

Scotland have not had a wealth of options at right-back in recent seasons. Kilmarnock’s Stephen O’Donnell has played there recently, as has Celtic left-back Kieran Tierney. Cardiff’s Callum Paterson has also featured there but has been playing further forward for the Bluebirds this season.

Oliver Burke will also be in the squad after getting back in action during a loan spell with Celtic.

The 21-year-old won the last of his five caps against Canada two years ago before dropping down to the under-21s while struggling for game time with RB Leipzig and then West Brom.

But he has played 14 times for Celtic since moving from the West Midlands in January, scoring four goals.