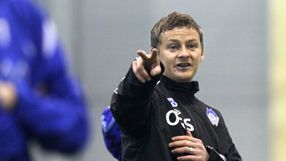 However, the 39-year-old has denied that he has been contacted by the Championship side, saying: "It's the same as always - speculation.

"We have gone up this path before and it is only speculation.

"It will happen when it happens, and that I have to pick up the phone to (Molde owner) Kjell Inge Rokke regarding a job offer but I have not spoken to Blackburn as yet.

"I cannot say any more about Blackburn now."