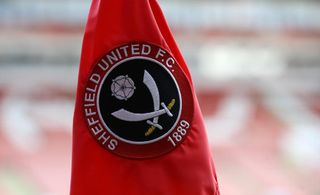 Sophie Jones claims she is to retire after being found guilty by the Football Association of racially abusing Tottenham’s Renee Hector.

The forward, whose contract with Sheffield United was terminated by mutual consent as a consequence, was banned for five matches and fined £200.

Hector had alleged she “received some monkey noises from an opposition player” during a Women’s Championship fixture at the Sheffield Olympic Legacy Stadium in January, leading to the charge from the FA.

Jones denied the claim and her then club said in a statement she “maintains her innocence”, but an independent regulatory commission said the charge was “found proven”.

It is that outcome that Jones says has left her without a future as a player. She described the hearing as a “kangaroo court” and said she could not continue to play under an organisation she “does not have any confidence in”.

In a statement released on social media, Jones said: “I would like to state on record that I do not condone racism in any form and I will continue to stand by this statement.

“I strongly stand firm that I am not guilty with regards to the charge that the FA have brought against me.

“I am struggling to come to terms with this decision and how the FA can come to a verdict based on probability from the two witness accounts verbally given, instead of reviewing the case and its evidence, in its entirety, based on the Sport Law and Practice Second Edition stating ‘the more serious the allegation the greater degree of satisfaction required’.

“The FA ‘independent’ panel received more than 10 other witness statements from players within the alleged incident vicinity including Tottenham players, also all the match officials, all confirming they did not hear any racial abuse and or comments made.

“Video evidence that was submitted clearly showing no issue had occurred in the game had also totally been disregarded by the panel. Audio transcript of the alleged incident was taken to be reviewed and came back clear.

“Two witness statements from Tottenham players continuously contradicted each other. And finally, my barrister was constantly being shut down by the independent panel when trying to discredit the two witness statements. In short, he wasn’t allowed to do his job.

“The hearing took place in a kangaroo court. It is with a heavy heart that I feel I am unable to continue within football and play under an organisation that I do not have any confidence in. I would like to personally thank Kevin McCabe and everyone at Sheffield United for their continuous support.”

The FA’s statement regarding their ruling read: “Sophie Jones has been given a five-match suspension with immediate effect after an ‘Aggravated Breach’ of FA Rule E3(1) was found proven by an Independent Regulatory Commission.

“The Sheffield United FC Women’s player denied a charge of using abusive and/or insulting words – that included reference to ethnic origin and/or colour and/or race – towards an opponent during an FA Women’s Championship fixture against Tottenham Hotspur Ladies on January 6 2019.

“The forward was also fined £200 and ordered to attend an FA education course.”

In response to Jones’ later statement regarding her future and the nature of their hearing, they also defended it and insisted further details about how Jones was found guilty would be provided.

Such a shame that racism seems to be rising up again in football – I received some monkey noises today from an opposition player. The only reaction was to let the football do the talking and that we did 💙🤩 great start to the year! @ThlfcOfficial#COYSL#SHEvTOT#KickItOut— Renée Hector (@renazzza) January 6, 2019

“The case against Sophie Jones was heard by an independent regulatory commission comprising two independent lawyers and a former football player and manager,” the organisation said.

“The written reasons in the case will be published in due course, which will provide a detailed account of the evidence given and the findings of the Commission.

“The FA continues to treat all allegations of discrimination seriously and encourages any players who believe they have been the subject of, or witness to, discriminatory abuse to report this through the appropriate channels.”

Thank you all for your support 💙 @ThlfcOfficialpic.twitter.com/5D50VAZqbm— Renée Hector (@renazzza) March 20, 2019

Sheffield United had announced the departure of Jones from the club following the FA’s ruling.

The club said: “Jones maintains her innocence and is disappointed with the FA’s decision.

“The club works closely with the EFL, the FA and Kick It Out and would like to reiterate that it does not condone racism or any form of discrimination.

“Following dialogue between the club and Jones, and taking into account the length of the suspension, it has been decided that her contract, which was due for review in the summer, will be terminated by mutual agreement.”