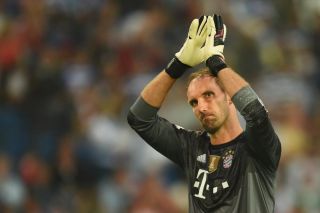 The 33-year-old picked up the problem in training on Sunday and subsequently underwent surgery the following day.

Starke joins fellow goalkeeper Pepe Reina on the sidelines after the close-season signing injured his calf earlier this month.

Spain international Reina, who joined from Liverpool in August, was hurt when he featured in Bayern's friendly with a Paulaner dream team of amateur footballers in Unterhaching.

It means Bayern are now short of experienced cover for regular number one and Germany international Manuel Neuer.

Bayern reserve-team stopper Leopold Zingerie has now been called into the first-team squad for the club's trip to Roma in the UEFA Champions League on Tuesday.