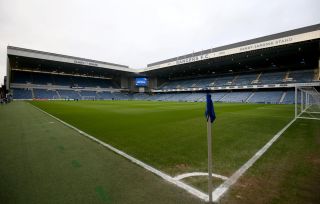 Rangers hope to sharpen up their scouting operation after hiring Steve Doyle from Derby.

Doyle – who worked under Frank Lampard as part of the Rams boss’ backroom team last year – has been appointed to the newly-created position of lead technical scout.

He has previously worked alongside the likes of Gary Rowett, Paul Clement and Steve McClaren during a 12-year stint at Pride Park.

Rangers hope Doyle – who will report to head of scouting Andy Scoulding – will now help boss Steven Gerrard and director of football Mark Allen sniff out fresh talent in a more efficient manner thanks to his expertise in video scouting.

Scoulding said: “Our department is based on three core principles – eyes, video and data.

“Essentially it’s about thinking and working in a smart, productive and modern way.

“Our eyes are the scouts who go to games – guys like Bomber (John Brown) who know what it is to play for the club, who can spot talent and can use their network to help bring them to our attention.

“Video scouting is a huge part of a modern scouting process and it allows us to be more efficient with our resources. We can watch more games in a shorter period of time, helping us to make quicker, more informed decisions.

“Finally, we have data. Data is an increasingly important part of what we do. It’s about bringing a level of objectivity to our processes and it’s about supporting decisions both positively and negatively.

“Good scouting isn’t just about bringing in good players; it’s about filtering out the bad ones. Data allows us to do this.

“The most important thing to say above all is no one part of the process is more important than the other. All three core elements have their place and all three can lead or support the process at any one time.

“As a department our job is to provide the manager with options and the director of football with a body of evidence as to why an individual can come in and play and win for Rangers Football Club.

“Steve’s addition reinforces and improves our ability to do just that. His skill set and experiences made him a standout choice and I’m hugely excited we have been able to secure his services.

“He will work closely with our scouts and data scientist and I’m positive he will make a big contribution to the club going forwards.”