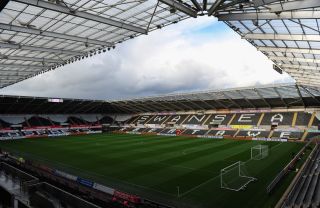 Morer had been training with the Premier League side since July, but had only been involved with the Under-21's on a youth contract.

However, after turning 18 and impressing in training, he has agreed a professional deal in South Wales and now aims to catch the eye of manager Michael Laudrup.

"I am very happy," Morer told Swansea's official website. "I arrived here in July but, until now, I couldn’t sign.

"I have been training with the Under-21s, but I am looking forward to playing in the games and helping the team.

"The next game is against Crystal Palace on October 21, so I am really excited for that."

Morer had previously played for Barcelona and Espanyol's youth teams before moving to Swansea.