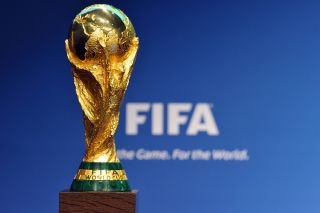 The trio will definitely enter pot one of the draw for the tournament, which takes place on December 6, after the latest world rankings were released on Thursday.

Germany, Argentina, Colombia and Belgium will also be seeded, along with either the Netherlands or Uruguay, who face an intercontinental play-off with Jordan to qualify.

Oscar Tabarez's men will enter as seeds should they overcome Jordan in November, but a surprise defeat would see Louis van Gaal's side placed in pot one.

Switzerland's place among the seeds comes after they surged into the top 10 of the rankings following victories over Albania and Slovenia in their final two qualifiers.

Ottmar Hitzfeld's men have moved from 14th to seventh, and they are joined in the top 10 by England, who are up seven places from number 17.

Germany have leapfrogged Argentina into second behind Spain, with Colombia and Belgium rounding off the top five.

France are up four spots to 21 after their wins over Australia and Finland, but Didier Deschamps' men are unseeded for the UEFA play-offs after finishing second to Spain in Group I.

The 1998 winners will therefore have to meet one of the seeded teams for a place in the finals, and face a potential clash with either Portugal, Greece, Croatia or Ukraine.

Sweden, Romania and Iceland are also unseeded for the play-offs, which begin on November 15.

The play-off draw will be held on Monday.