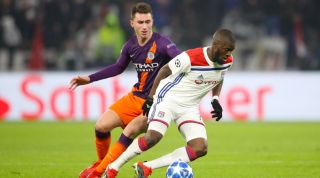 The 22-year-old has emerged as a summer target for Spurs after an impressive campaign with the Ligue 1 outfit.

Juventus and Manchester United are among the clubs to have also been credited with an interest in the France international, but he left the door open to a move to north London when asked for his thoughts by Telefoot.

"It's true that Tottenham is a great team, it's a big club,” he said.

“They finished fourth in their league, they're finalists in the Champions League, it's a big club like many others.

“Which player would not be interested in a big club? "

The report adds that while Juve and United are positioned to make a move, Spurs are in pole position to secure Ndombele's signature, with talks already underway between the clubs.